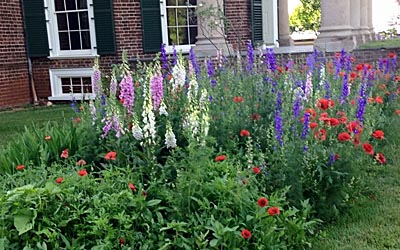 Since its restoration in 1923, Monticello has opened its hospitable doors to over half a million guests per year. Regardless of their initial reason for visiting, there has never been a single guest that has not loved the gardens. Jefferson, coming late to the horticulture community during his 15 years of retirement, sought out the best varieties of flowers, fruits and vegetables to fuel his plantation. The fragrant and rainbow-colored winding walk and the large vegetable garden on the southern slope are hard to miss, and even harder not to explore.

But, what many visitors may not be aware of is the amount of research the historians, curators and gardeners have conducted to ensure the historical authenticity of the grounds. 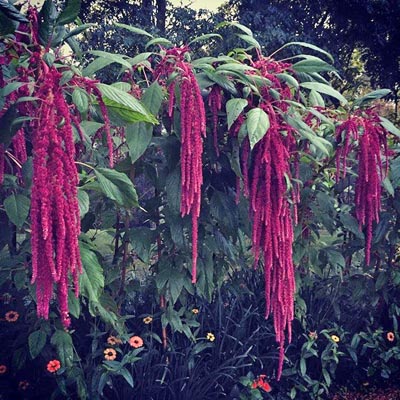 Most of the flowers in the winding walk are ones that Thomas Jefferson grew when he owned the property. How do we know this? Jefferson was a meticulous note taker in his garden, and most of the flowering plants that we know he grew were listed in note entries where he stated what was in bloom, and when and where it was planted. These include most of his tulips, (which now the garden grows over 8,000 in dozens of varieties every spring), and Balsam Apple (Momordica balsamina). For what wasn’t recorded, curators used historical context. Some of the flowers in today’s garden were also common to the Edwardian era, such as Princess Feather (Amaranthus hypochondriacus), Love Lies Bleeding (Amaranthus caudatus) and Love in the Mist (Nigella damascena). 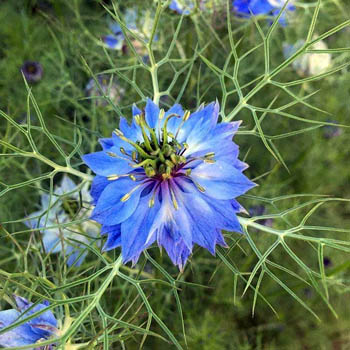 Love in a Mist

However, Jefferson was never known to stay within the realm of the societal norms. When he wasn’t growing the typical fruits and vegetables, he was constantly experimenting with strange and foreign fruits, trees and flowers to make farming either easier or more productive for his fellow farming neighbors. Such experiments included rice and sesame seeds for oil, but neither found much success.

He carefully chose the grouping of the plants, requesting varieties that were “handsome plants or fragrant.” You will never find a typical Valentine’s Day rose in his garden, but his rose bushes are the best form of aromatherapy. Another atypical feature he included was the winding flower border, which he planted in the spring of 1807 and was maintained by his granddaughters and a slave named Ellen Wayles Randolph Coolidge. Today, the flower gardener has set patterns for the flower garden, trying to circulate plants so that the blooms complement each other in color. 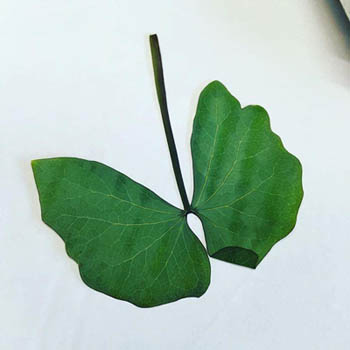 Some of the less typical plants he grew included the hardly known sensitive plant (Mimosa pudica). This plant was always the life of any social event he hosted, because of its rare defense mechanism known as thigmotropism (the plant responds to touch). When its leaves are gently stroked, the leaves fold in half and the stem lowers to the ground. This is to prevent bugs from eating its leaves. Also, the twin leaf, (Jeffersonia diphylla), named for blooming around Jefferson’s birthday in April, was always a must-have in his garden for obvious reasons.

Finally, we must talk about the trees. Around his winding walk was a beautiful lawn of two or three acres, where he planted over 160 different varieties of trees, which he affectionately called his “pet trees.” Most of these trees were native to the area, including Viburnum, Mountain Laurel (Kalmia latifolia), and Rhododendron. He also included others, such as Chinaberry (Melia azedarach), Umbrella Magnolia (Magnolia tripetala), Aspen (Populus tremula), and Southern Catalpa (Catalpa bignonioides). In his careful notes, he also recorded replacing the Chinaberry with a European Larch (Larix decidua), because the Chinaberry kept dying due to sensitivity to the cold. 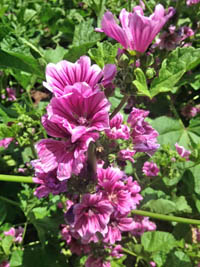 So, next time you find yourself in central Virginia, feel free to take a look around the former President’s garden. If you go during a week day, you may run into some of the gardeners, and please ask them questions!