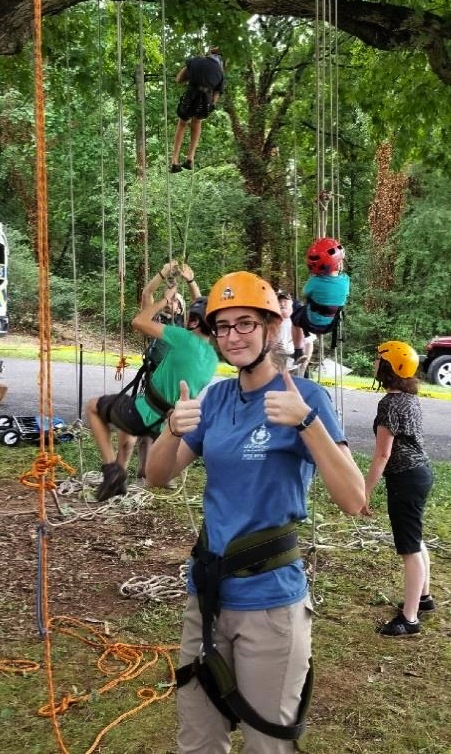 Me preparing to climb

At the end of July, I helped tend the VCE tent at the International Tree Climbing Competition with Adria Bordas, Kirsten Conrad (Arlington horticulture agent), and Jolene (Arlington horticulture intern). This year the event was hosted by the International Society of Arboriculture, or ISA, at the National Arboretum in DC from July 28th to July 30th. In previous years it has been held in San Antonio, Tampa, Milwaukee, Toronto and Portland. The ISA is a noteworthy distributer of research on the benefits and maintenance of trees. The organization encourages the practice of professional arboriculture, and provides opportunities for networking within this community. The ISA holds the International tree climbing event to draw awareness to the arboriculture industry, educate the public and to provide an opportunity for climbers to share new equipment and techniques with each other. 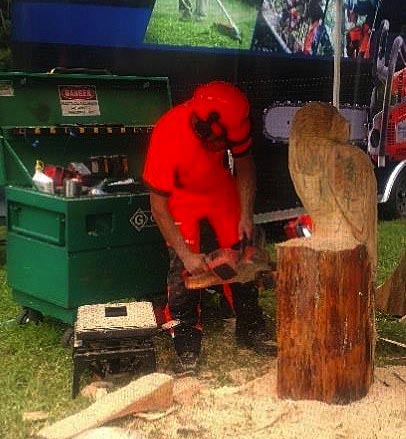 Because this is a world championship, climbers must qualify at ISA sponsored regional competitions that occur three times a year. Tree climbers from New Zealand, Italy, France, Japan, Sweden and the US competed at the National Arboretum this year.

The competition consists of a series of events, much like a track meet, where climbers are scored individually. The events are Aerial Rescue, Work Climb, Secured Footlock, Belayed Speed Climb, and Throwline. Aerial Rescue is a timed event where the climber has to rescue a 200-lb dummy that has supposedly had an accident in the tree. The climber is scored on how efficiently and safely he or she rescues the dummy. Work Climb, consists of climbers navigating through the tree to different stations that simulate a day’s work in the tree. These stations include handsaw, limb toss, pole pruning, limb walk and landing. When they complete each task, they ring a bell. The climber with the fastest time wins. Secured Footlock is a timed ascent straight up a rope about 50 ft high using the footlock rope climbing method. Belayed Speed Climb is another timed event on a predetermined path up a tree to a height of around 60 ft. The climber will have to ring a bell when he or she reaches the top, and occasionally will have to ring a bell along the route. This is a different method of climbing than the secured footlock method. Belaying is a technique used to slow and secure a climbing rope. If a climber is belayed it means that someone is at the bottom minding the slack in the rope in case the climber falls or slips. It is also possible for a climber to self-belay, which means the climber minds the rope slack himself. Throwline is a timed event where climbers must accurately situate a climbing line in two of eight target areas in the tree. The targets are placed in a variety of areas, making some harder to reach and, therefore, worth more points. Throwing a line is the first step in climbing a tree. First, second and third places are all awarded in each event. The climbers with the highest combined score in all five events go on to the Masters’ Challenge. Click on each event to learn more details. 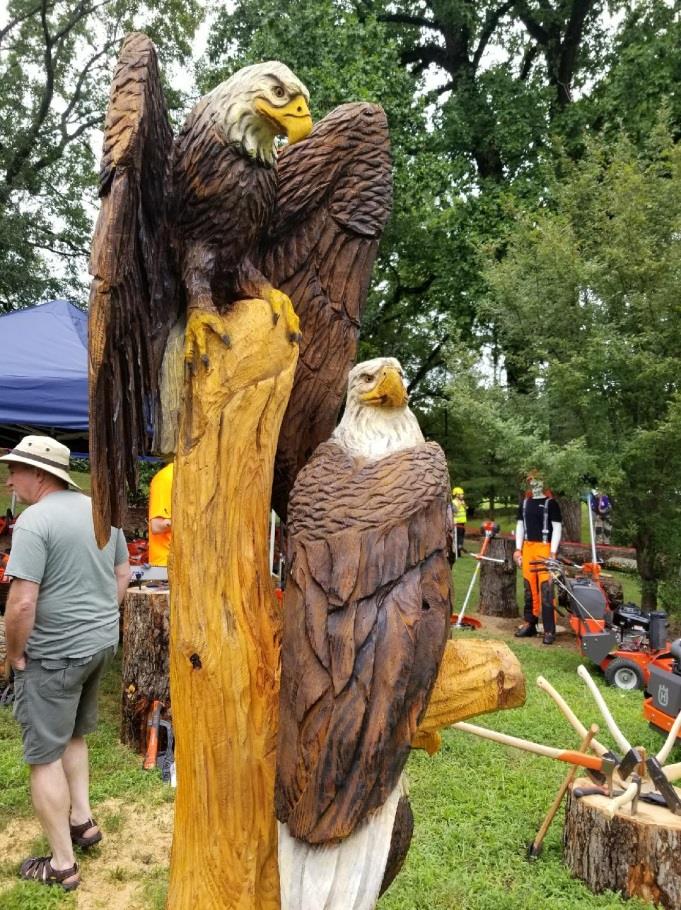 After watching a round of the Secured Footlock event, and the Work Climb event, I felt that I was now ready to conquer my first tree. Jolene and I found the tree where Pathfinders was teaching people– mostly kids– how to climb using the self-belaying method. I decided to give it a try and after a little rope burn on my forearm and some encouragement from a precocious 11-year- old climber, I made it about 30 feet up the tree. The self-belaying method allowed for me to use both my legs and my upper body to advance up the rope, which conserves energy and is not nearly as tiring as it sounds. I came down from my 20-minute climb with a newfound respect for the men and women climbers who scale their 50-foot rope in less than 20 seconds.

Another aspect of the event were tents advertising clothing and climbing gear. One series of tents in particular caught my eye: the Husqvarna set-up where a man was expertly carving up a hunk of a tree with a chainsaw. Throughout the day, the tree slowly transformed into a bald eagle. This unconventional sculptor was also spray painting the wood as he carved to accent the eagle’s feathers. This chainsaw sculptor was a reminder throughout the day of the diversity and beauty of the skills surrounding arboriculture.