Be on the Lookout for the Spotted Lanternfly 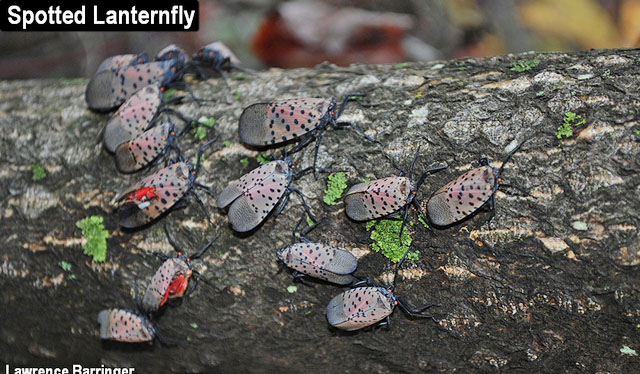 A potentially very serious pest, the Spotted Lanternfly was first sighted in Frederick County, Virginia in 2018. With the growing season approaching, we need to be on the lookout for their egg masses that survived the winter cold. They can live in temperatures below 0 F. Eggs hatch in late April and early May. Nymphs have four developmental stages, or instars, and adults will appear in July.

Here is a link from Virginia Cooperative Extension with information about their appearance at each developmental stage, where to look for them, and what to do if you see them in your landscape. Check Tree of Heaven (Ailanthus altissima), their favored host tree, and grapevines (Vitus vinifera), in particular. Contact the Fairfax Office of VCE to report any sightings. 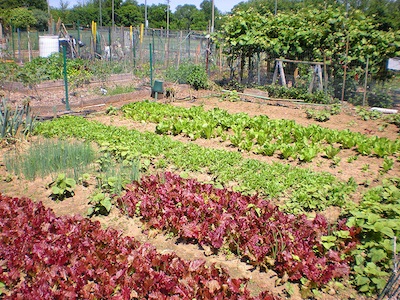 For a second year, our Master Gardeners will bring expertise to four Fairfax County community garden sites. On Saturday morning from 10 to 12, April 13, we will set up information booths at the Baron Cameron Park in Reston, Nottoway Park in Vienna, Pine Ridge Park in Annandale and Grist Mill Park in Alexandria. We will answer gardening questions, distribute soil sample kits, and offer free analyses of plant and pest problems at our Fairfax Diagnostic Laboratory.

The program will repeat in May, June, July and August. It will offer community gardeners a chance to learn from each other, to share successes and failures. Even if you don’t have a community garden plot, come and share your questions and experiences with us. While there, you can learn more of the very popular Fairfax County Community Garden Program. For more information on how to get such a plot, visit Green Spring Gardens Rental Plots.

This 11-part video series covers topics important to preventing the spread of boxwood blight in Virginia, including symptoms of the disease, disease spread, and prevention measures. The videos are appropriate for homeowners as well as landscaping professionals who may encounter the boxwood blight in their work.

Our Virginia Cooperative Extension Fairfax office received several positive samples of Boxwood Blight over the very rainy season in 2018 and a few so far in 2019. Boxwood Blight was first discovered in Virginia in 2011 and many counties have had positive identifications of the disease since then. This disease poses a serious threat to Virginia’s boxwoods.
• Boxwood Blight Youtube Channel
• Boxwood Blight Task Force page

We might have heard the commotion in the news media about the Giant Hogweed (Heracleum mantegazzianum) found in Virginia for the first time, along with the severe effects it causes in humans. It was first found growing as an ornamental that someone planted in Clarke County, Virginia. As expected, the public along with a handful of Master Gardeners have developed hogweed hypochondria, suddenly imagining it growing throughout Virginia. 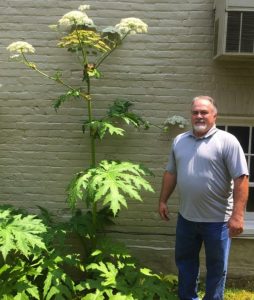 To be fair, it is a dangerous plant. The sap reacts with sunlight when exposed to our skin to produce severe blisters that can last for months. The U.S. Forest Service warns that “sap in the eyes can cause temporary or possibly permanent blindness” — although no cases have been recorded in medical literature.

It has been growing in the U.S. for decades, found and monitored in New England and the Mid-Atlantic, and is a problem in the Pacific Northwest. Maryland knows and monitors 21 sites as of 2013 in its efforts to eradicate it. One location was found in the District of Columbia at the Bahrain Embassy grounds. After the the latest searches, it was found in a handful of places in Virginia — all in cultivated locations planted there by gardeners. So far, none has been found in the wild. In addition to Clarke County, Rockingham County, Fauquier County, and Alexandria had specimens growing.

“There’s not cause for widespread worry. It’s growing where it’s been planted from what we’ve seen. We see little evidence of it widely spreading,” said Virginia Tech’s Michael Flessner, an assistant professor and extension weed science specialist. Giant Hogweed is a Tier 1 noxious weed on Virginia’s Noxious Weed List. A Tier 1 classification means the weed was previously unknown in the Commonwealth. As an early detection invasive plant, the state’s goal is to eradicate it before it becomes established.

There are several look-alike plants such as cow parsnip (in the same family) that have prompted loads of calls to our Master Gardener Help Line. If you still suspect the plant after reading the descriptions and characteristics, please follow these instructions to report it to the Fairfax Master Gardener Lab.

Visit the Virginia Noxious Weeds List for more information on hogweed and other dangerous weeds in Virginia.

Bulletin on the Boxwood Blight 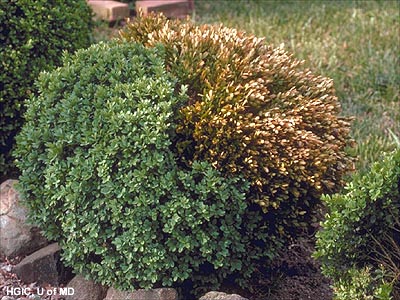 According to records of the Virginia Boxwood Blight Task Force, to date boxwood blight has been diagnosed in over 70 locations and approximately 30 counties in Virginia. There are likely additional undocumented incidences of the disease, for example, if no sample was submitted for diagnosis through Virginia Cooperative Extension or the Virginia Department of Agriculture and Consumer Services.

Although boxwood blight has been diagnosed in many counties in Virginia, there is no indication that it is widespread throughout any Virginia county. This is not unexpected, based on the current understanding of the biology of the boxwood blight pathogen. Boxwood blight is typically initially introduced into a new location on infected boxwood or other susceptible plants (e.g. pachysandra and sweet box). Holiday greenery containing infected boxwood can also introduce the disease into a new location. However, boxwood blight is not spread long-distance via wind currents. Therefore, one need not panic even if the disease has been found in one’s county. However, if the disease has been identified in one’s neighborhood, then there is a heightened risk of local spread of the disease. 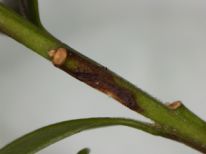 After the initial introduction of boxwood blight-infected boxwood (or pachysandra or sweet box) into a location, neighborhood boxwood plantings are at risk for boxwood blight. There are a number of means by which the sticky spores of the fungal pathogen can move through a neighborhood. For example, they can be spread via contaminated pruning tools, spray hoses, equipment, vehicles, clothing, shoes, or infested leaves spread by leaf blowers. Wildlife (including birds), insects, domestic animals or humans that have been in contact with the spores may also move the infective spores through a neighborhood. Movement of the pathogen by many of these means has been documented in locations in Virginia.

To safeguard Virginia boxwood plantings and production, we call for community awareness and efforts to avoid accidental introduction of boxwood blight into new locations and prevent local spread of boxwood blight: