Peppered With The Facts 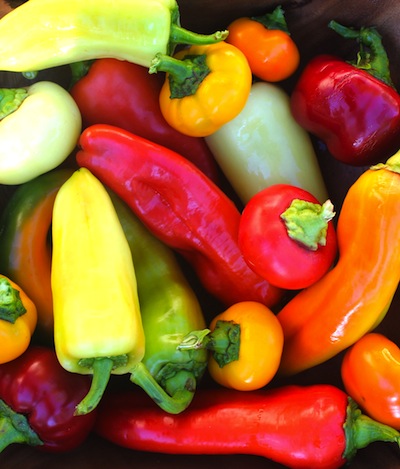 Peter Piper picked a peck of pickled peppers. I grow peppers, but never had enough to fill a peck in one harvest. And, how can someone pick pickled peppers — they aren’t pickled until after they are picked. Peppers are associated with a few suspect stories and urban legends, so let’s separate fact from fiction.

Peppers are classified into eight categories … or two … or six. It all depends on who is doing the classification. Generally they are grouped based on their heat and shape. Bell peppers are the most familiar. They have a block shape, three to four lobes, and ripen red, orange or yellow. Some hybrids produce purple or chocolate colors. The green bells we most commonly see are just picked before they ripen. Bell peppers are the mildest.

Next are banana, pimento and cherry peppers. These can be mild, or have a little heat. Banana has a long tapered shape, cherry has a round shape, and pimento is small, and somewhat round. 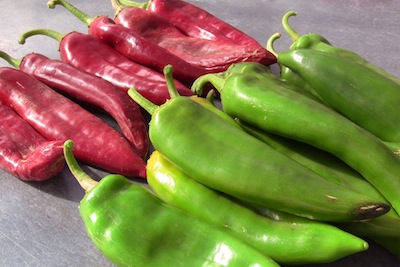 Cayenne, celestial and tabasco peppers are hot. Jalapeno, pepperoncini, anaheim and chilies fall into this group. Cayenne is long and narrow, celestial is shorter, and tabasco is small and pointed.

Peppers belong to the Capsicum species and are members of the Solanaceae (nightshade) family — the same as potatoes, eggplant, tomatoes and petunias. Some of the most poisonous plants in the world are in this group.

Peppers are native to the Americas. Records show that chilis were grown in present day Mexico about 3500 B.C. Columbus was looking for black pepper (from the peppercorn tree) from Asia. He thought he was in India when landing in the New World and called the capsicum plant a pepper. The term is still used today, although the two peppers are unrelated.