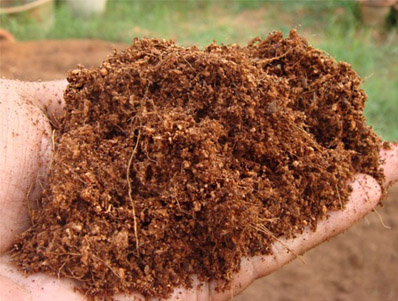 Northern Virginia gardeners know all too well the problems of planting in our native clay soil. Although rich in nutrients, clay’s tendency to hold water can keep oxygen from reaching plant roots, with can be detrimental to plant health. To improve the situation, gardeners have long turned to peat moss. Mixing it into clay soil allows air to enter and lighten soil structure so that the soil retains moisture without becoming soggy.

But the practice of using peat moss to amend garden soil is no longer the go-to recommendation. While peat is relatively inexpensive and does successfully aerate soil, it is not a sustainable or eco-friendly product.

Peat moss forms when sphagnum moss compresses and decays in water-saturated bogs—a process that can take thousands of years. Left untouched, peat acts as a carbon sink, absorbing carbon dioxide from the atmosphere. Draining and removing peat, however, reverses the process and releases greenhouse gases (carbon dioxide and nitrous oxide) into the air. In addition, while undisturbed peatlands mitigate and store water during heavy rainfall, removing peat changes water-flow direction, which can contribute to flooding and to nutrient leaching. Because peat harvesting causes these negative environmental issues, many scientists and Cooperative Extension Services no longer recommend using peat as a soil additive.

Scientists looking for an alternative to peat that still offers soil-lightening capabilities seem to have found a viable answer in coir. Coir, also called coir pith or coconut dust, is essentially the waste of the coconut. In parts of the world where coconuts are harvested commercially, huge stockpiles of aged coir readily exist. Peat and coir have similar properties and characteristics, making trading one for the other feasible and, in some cases, preferable: 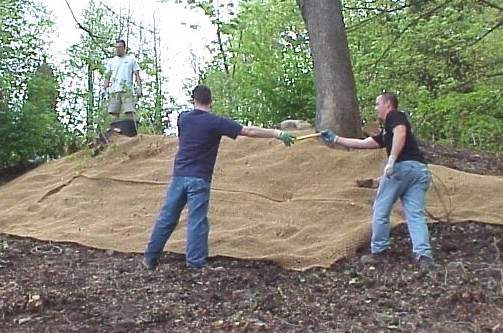 In conducting their research, teams of scientists compared the characteristics of vegetables grown in the coir mixtures to those grown in peat mixtures. Individual teams tested tomatoes, pepper, soybean, corn, wheat, radish and broccoli. Several took measurements of chlorophyll content and electrical conductivity and observed periodic growth differences for each of the plant species tested. Electrical conductivity is a measure of soluble salts (salinity) in the media; high levels can reduce plant water potential and growth. Scientists found that chlorophyll concentration, a measure of better plant growth, was unaffected by growth media and not a useful measure for comparison. 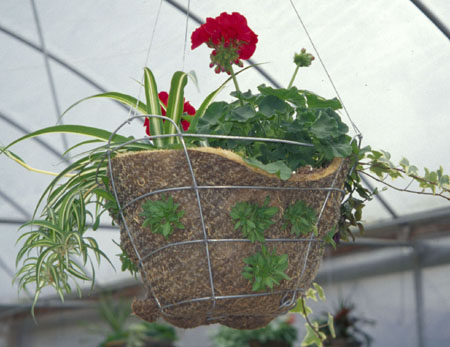 For details on the experiments themselves, see the resources listed below. To summarize the results, though, some scientists found that coir is a comparable germination and transplant media to peat for tomatoes and peppers. Others report that coir does not perform better than peat for other plant species. While studies show mixed results, the sustainability and environmental issues have led a growing number of university researchers and Cooperative Extension Services to endorse coir mixtures as a viable and eco-friendly alternative to peat mixtures.

Here are some broad findings of use to gardeners: