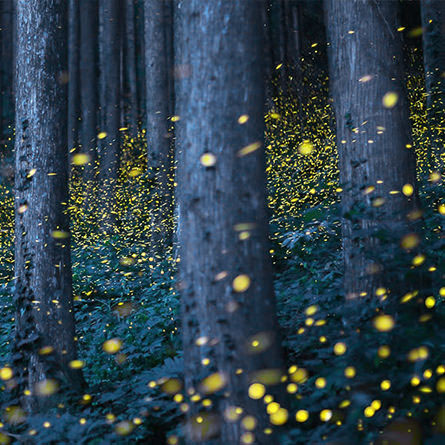 As a child, who doesn’t remember being fascinated by the magical flickering lights of the fireflies in the early summer evening? We learned that these strange docile creatures did not buzz, sting or spread diseases, and were not poisonous. They just flashed like beacons requiring our attention. We always called them lightning bugs and always wondered what caused them to flash and why. We caught them and placed them in jars in our bedrooms. But are they gardeners’ foes?

Fireflies are neither flies nor bugs. They are beetles — the largest of all the insect orders. There are approximately 200 species of fireflies from 23 genera in North America. Most fireflies are an inch or less in length and have soft, flexible forewings instead of the characteristic hard wings that most beetles possess. This anatomical difference is another reason why fireflies may not register as a beetle in most peoples’ minds.

Fireflies (in our area Photinus pyralis is most common species) begin as eggs laid in damp soil. Once they hatch, the larvae start life as nocturnal carnivores lurking on the soil surface or under debris. Appearing reptilian, they are active at night eating other arthropod larvae like slugs, earthworms, snails and other soil-dwelling critters like cutworms and other garden pests. So, they are an effective natural pest control. 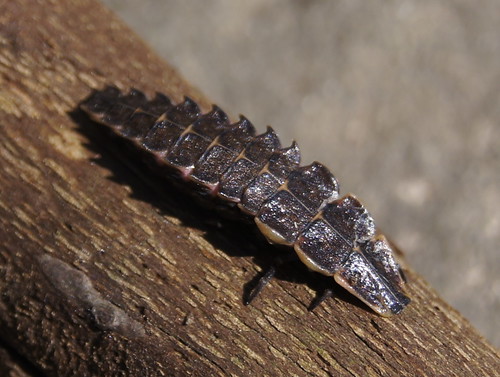 After eating as many invertebrates as they can, the larvae overwinter in the soil and pupate the following spring, emerging as adult fireflies in early summer. Larvae of some species can also glow and are referred to as glow worms.

One reason that fireflies light up is to attract a mate. Males and females of the same species will flash each other — as a signal. Each firefly species has its own particular pattern. For example, the fireflies of one species will fly around in the night sky and dive steeply just as the flash begins and turn upward to make a distinctive J-shaped pattern of light. Female fireflies hang out on a tree branch or in the grass while the males fly around showing off their best flashes. When a female recognizes the flash from a male of the same species, she will answer with her best flash.

Another reason that fireflies twinkle is to avoid predators. Fireflies are filled with nasty-tasting chemicals called lucibufagens. If a predator gets a mouthfu