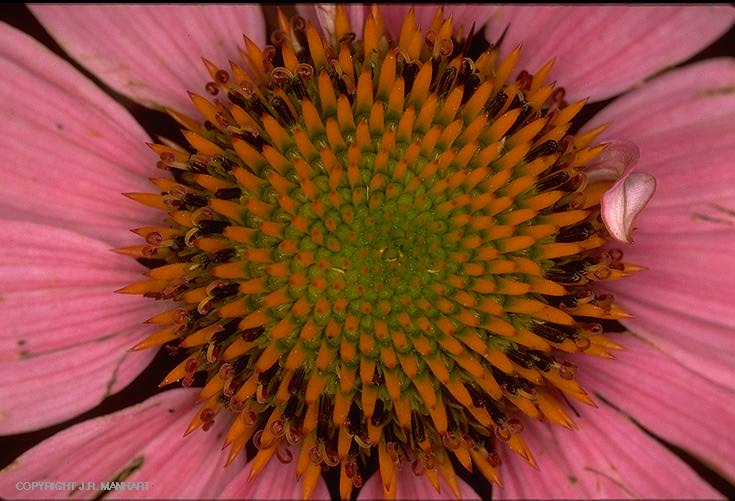 Leonardo Pisanoa Fibonacci was an 11th century Italian mathematician famous for bringing the Arabic numbers we use today to the merchant world to replace the cumbersome Roman numerals. He also pondered (mathematically speaking) the successive reproductive growth of rabbit populations. He wondered, How many rabbits would we have if a pair of rabbits produces another pair, and that second pair produced a pair along with the first pair, and each successive pair produced a pair along with the previous pairs? 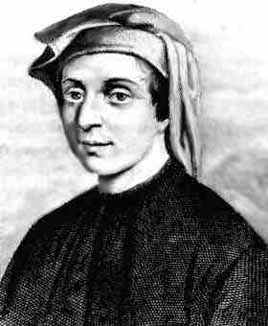 He found the answer by applying an old Indian Hindu numbering sequence to develop a formula calculating the count over time. The Hindu sequence is what we in our Western-centric society now call the Fibonacci sequence. The sequence adds the previous two numbers in a series of numbers to arrive at the next one ( 0, 1, 1, 2, 3, 5, 8, 13, 21, 34, 55 … ). Any number in the sequence is the sum of the previous two.

But nature had already invented this and was using it in all sorts of ways. The mathematical logarithmic spiral of a nautilus shell, the branching of certain trees, and the spiral seed arrangements of flowers all use this sequence or a formulation of it. 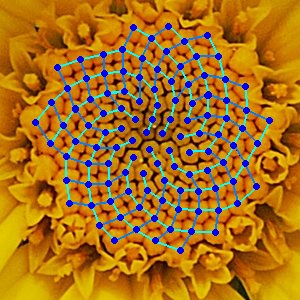 According to Innovation Factory, (an online space for designers and entrepreneurs to collaborate online), “Such arrangements involving consecutive Fibonacci numbers appear in a wide variety of plants… Plants produce their leaves and seeds from a growth tip that spirals around the plant or center of the seed head as it grows.” This turns out to be the most efficient arrangement to get the maximum number of seeds into the seed head. “You get the closely packed Fibonacci spirals of seeds, with the number of clockwise and anti-clockwise spirals at any point on the seed head a pair of successive Fibonacci numbers.”

How do these arrangements in nature happen to follow such mathematical formulas? With natural selection, the best-suited plants had the characteristics that offered advantages for survival. Plants that packed the most seeds into their seed heads had more chances to reproduce than those that didn’t. These flower seed heads develop by producing seeds from a center over a fixed time period at a regular rate. And, each individual seed grows so that the outer seeds produced first are larger than the inner seeds produced last. As long as the seeds are all the same shape and proportion, but slightly different in size due to their growth, we get the spirals. 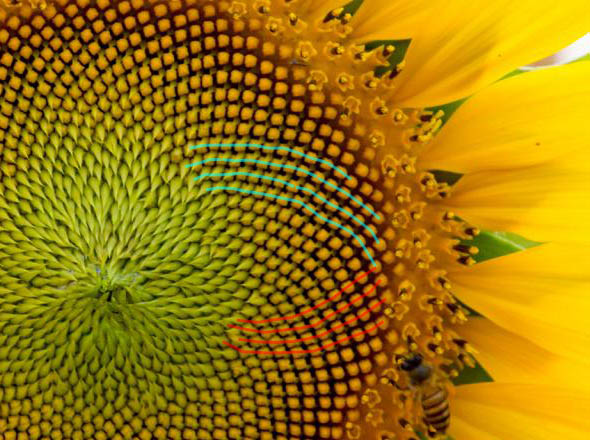 Opposite spirals on a sunflower seed head

There is no better or more efficient way, given the way seeds or leaves are produced in these plants, to condense more seeds into the seed head or grow leaves on a branch. Nature found the best method. Genius.