By Jenny Kishiyama, Fairfax Master Gardener Intern
As I was pulling weeds and tidying up the wilder areas of my yard, I noticed earthworms zipping out of the ground to be out of harm’s way. Who knew they were so fast! Intrigued, I wondered how fast they could travel. I never did find out, but I learned many other fascinating things. 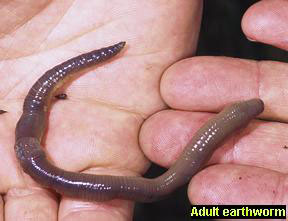 For seemingly simple animals, earthworms have had famous fans. Charles Darwin (1809-1882) studied earthworms for over 40 years, saying, “It may be doubted that there are many other animals which have played so important a part in the history of the world as have these lowly organized creatures.” Aristotle (384–322 B.C.E.) marveled at earthworms calling them “the intestines of the earth.” Bill Molliston (1928-2016), who helped coin the term “permaculture,” pointed out that by sliding in their tunnels, earthworms “act as an innumerable army of pistons pumping air in and out of the soils on a 24-hour cycle.” Wow!

There are approximately 2,700 earthworm species all working as natural recyclers. They are separated into three ecological categories based on their feeding and burrowing habits: 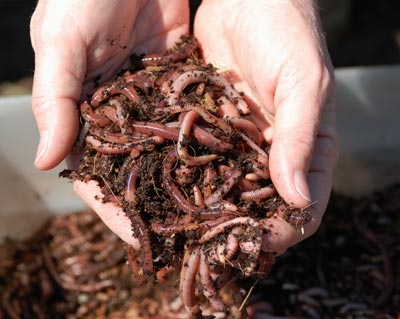 Those familiar with vermicomposting, the practice of using worms to convert kitchen waste into compost, have heard of red wrigglers or Eisenia fetida, which are epigeic worms. They are voracious eaters, reproduce quickly and survive well in confined habitats.