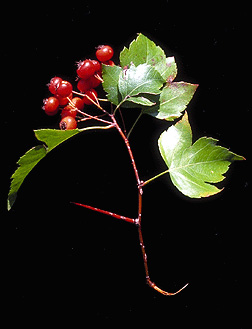 If you chose B, Hawthorn, you are correct! The Hawthorn (Crataegus) is a small ornamental tree or shrub that is native to temperate regions of the Northern Hemisphere, including North America. It is in the rose family (Rosaceae) and has a large number of native species, easily over a hundred. As the common name implies, all have thorns. They also have white to pink flowers that appear mid- to late-spring, which become small, apple-like fruits that are edible. It is a great native tree or shrub as it provides shelter and food for wildlife.

In England, hawthorns were extensively used as hedgerows as far back as the Middle Ages. Kept pruned, the hawthorn has multiple trunks, and a row of them becomes an impenetrable barrier and perfect for wildlife. Hawthorns like to grow in sunny locations and will become small trees about 25 feet high if spurious trunks are removed. 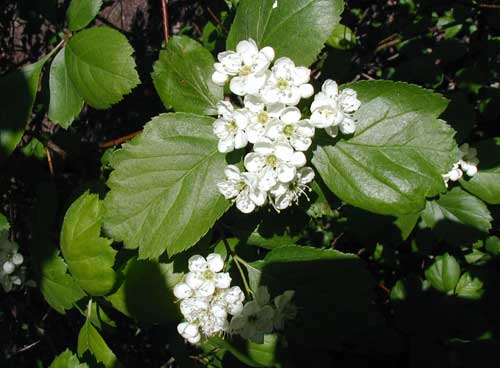 Here in Virginia, hawthorns are plentiful in the wild and are also available in the nursery trade. We contacted the owner, Chris Bright, of the local wild plant nursery, Earth Sangha in Springfield, Virginia. He told us that they had collected seed at a site in Alexandria and were growing the ‘Frosted Hawthorn’ 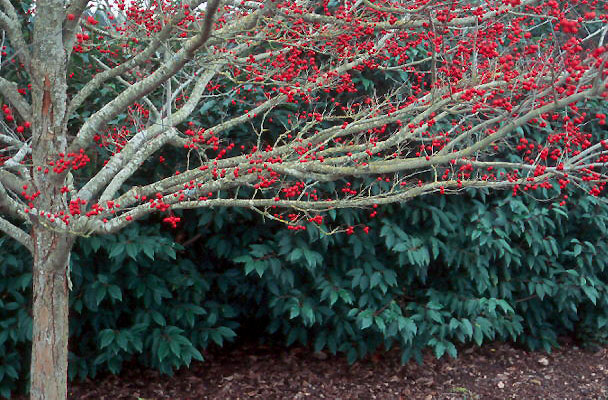 The most prevalent hawthorn available in the nursery trade in Virginia is the species ‘Winter King Hawthorn’ (C. viridis). This hawthorn usually comes grafted on root stock of the ‘Washington Hawthorn’ (C. phaenopyrum). As such, you must not allow suckers to grow from below the graft. This ornamental tree is relatively disease and pest free, unlike some Hawthorns that have the problems common to the rose family, such as bacterial fire blight, fungal rust and scale. Another favorable attribute of C. phaenopyrum is that there is a relative absence of thorns which makes pruning much easier. All in all, C. viridis is an attractive small tree noted for its vase-shaped growth habit as well as its clusters of flowers, fruits, branches and bark. The fruits persist into winter, making a very attractive display and providing also food for wildlife when nothing much else is available. 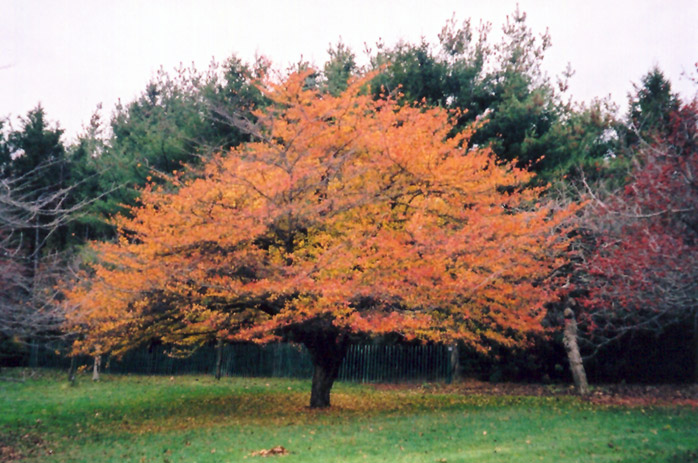 The fruits of the Hawthorn are edible and are made into jam, wine and snacks in many parts of the world. Several species of Hawthorn have been used in traditional, herbal medicine for centuries. For example, there are many reports that Hawthorn extract is useful as a heart disease medicine. This is truly an amazing tree or shrub that belongs in the Virginia landscape.