Mastering the Art of Growing Spinach 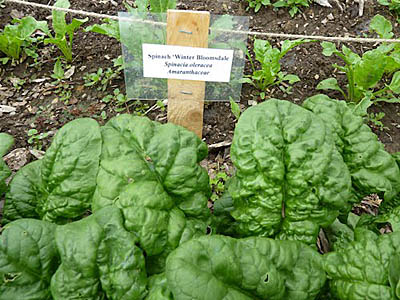 True to form, Mother Nature provides us with Spinach (Spinacia oleracea), one of the most nutrient dense foods, in early spring when we have depleted our winter store. Packed with vitamins A, C, D, B-6, and B-12, and minerals, Calcium, Iron and Magnesium, it gives us a nutritious, green flowering plant with tender, edible leaves. FCMGA member, Richard Padgett, has been enjoying a winter/spring harvest of this power packed vegetable for over seven years and offers his advice on how to be a spinach pro.

When did you first start growing spinach?
I have had a community garden plot in Reston for about 20 years. Although I enjoy the plot all year, I like fall gardening best because the weather is temperate, there are fewer bugs and you can sow some vegetables in the late summer and harvest in October/November. About seven years ago I noticed a garden neighbor had great early spring Spinach and told me about planting in the fall, so I decided to give it a try.

When do you plant and what happens?
I usually plant Spinach in early October with the intention of overwintering the plants. I’ve had the most success planting around Columbus Day, but for a successful spring harvest the plants need a decent start before the days get too short. The plants will grow very slowly through early November, but if you have two to six leaves by Thanksgiving you should be good. So, it is probably better to plant a little early than too late. When I start the Spinach in October, I can begin harvesting in late February or early March. lasting through May. If I plant in March, the Spinach will not be available until April. Whether you plant in October or March, Spinach bolts in May, because of rising temperatures and the amount of sunlight, so the difference is four months of Spinach instead of two. 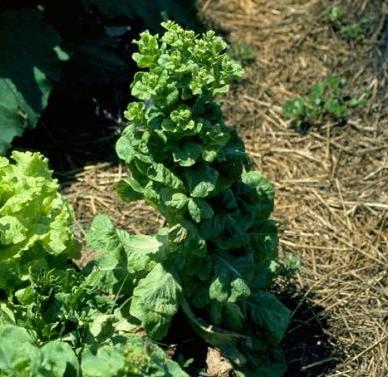 Have you ever lost your Spinach crop by planting in October?
No. Spinach is hardy to 15 degrees or less. Although we may have some very cold days in December and January, I don’t seem to lose the crop because of weather. If it snows, that’s all to the good as it adds moisture to the soil. In the winter, I scrape the snow off the Spinach bed and see green leaves. Spinach doesn’t die, whereas other greens do. I often cover my